@codewiz eventually Linux will become so much like Windows that people will just run Windows. 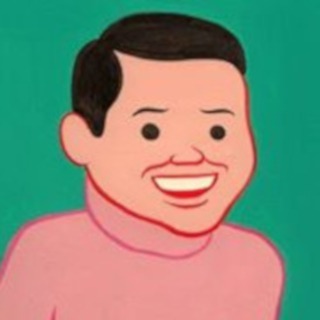 @[email protected]
@elliptic irrelevant and illogical. "Eventually Linux will become so much like Windows that people will just run Windows [because of a feature Windows doesn't have]"?

@tagomago irrelevant. LVFS doesn't have anything to do with the blobs that may or may not be in your kernel. LVFS is about updating things like UEFI and the firmwares that runs the plethora of devices that collectively make up modern computers. You may be thinking of libreboot, but that only replaces one.

@codewiz LVFS is amazing. I recently got a new computer and was astounded that updating the various firmwares / UEFI was so easy. It even works from a live USB! (As long as you have UEFI sysfs and a bootable partition mounted)
1+
Jun 30, 2020, 10:33

I know nothing about it... I just get it's kind of a repository manager for vendor software so that it doesn't depend on kernel updates? Still, based on what many vendors do, I guess a lot of that are just... blobs?

@tagomago @brian @elliptic Yes, they're blobs, and some quite obnoxious (ME, AMT...).

Hopefully one day we'll get rid of them thanks to project like #Coreboot and Sound Open Firmware.

But for the time being, these blobs are running on our hardware and must be updated to fix security, power management and stability bugs that affect Linux too.

@tagomago @brian @elliptic Working for the #FSF several years ago taught me that you rarely win a war by painting yourself into a corner where you abstain from using any modern technology which is highly relevant to users (cell phones, tablets, game consoles, and even the majority of the web).

@tagomago @brian @elliptic While the FSF advocates purism and can only recommend old laptops which aren't even being produced any more, RedHat and Canonical have been hard at work to ensure that users can buy any laptop from Lenovo and Dell and get Linux preinstalled with all the hardware 100% working. This is a huge leap for millions of non-technical users who would otherwise be forced into Windows or macOS.

@tagomago @brian @elliptic
Meanwhile, Google is pushing #Coreboot in modern hardware developed by various OEMs and shipped in volumes of millions. These laptops still use some blobs, but getting rid of the PC BIOS / UEFI firmware is a giant step forward.

Perhaps, one day one of those OEMs will figure that Coreboot could be used with non-Chromebook hardware too.

Google subsidizing the development of Coreboot is our only hope, really.

@tagomago @brian @elliptic A few years ago, I managed to flash #Coreboot on my ThinkPad X230.

But we can't seriously expect everyone to go through this just in the name of freedom:
https://www.codewiz.org/wiki/CorebootX230

I had fun, but our free time for hacking would be better spent working with large OEMs to remove any remaining barriers to mass adoption of Coreboot.