sj_zero @[email protected]
@cy I've always said that there is an argument for a limited Monopoly for a short period of time to ensure that artists have the ability to profit off their works. The idea that this limited time would be multiple lifetimes is absurd. I thought about issuing a revision to the graysonian ethic that releases the contents of the book into the public domain after 20 years or something. If I haven't made my money back by then, there's no further purpose to hold on to it.
1
May 15, 2022, 19:56

@sj_zero There is also an argument for a limited slavery for a short period of time, called indentured service. It also sucks. Copyright is just fucked up.

@sj_zero @cy >necessary evil
Is it though? Are you sure the world couldn't work if we all worked for ourselves? Jobs ⊃ employment

sj_zero @[email protected]
@Hyolobrika @cy Given the scale of things that need to be, I think it is necessary.

Perhaps there could be an argument made that many of the things that are jobs don't need to be jobs (I think it used to be that something like 80% of people used to be self-employed and now it's more like 20%), but there are important things where you just need to hire a person to do a thing and to spend the time and get good at it, and then keep doing it afterwards as part of an organization.
0
May 16, 2022, 02:00

Zettour @[email protected]
@Hyolobrika @sj_zero @cy Outside of a few very regulated businesses like banks there is nothing stopping you from being a sole proprietor in any field. The reason that corporations with employees are so prevalent is that they're much more effective at providing structure and results for clients. Even if you outlawed corporations groups of independent people would eventually establish an equivalent social construct because of how useful hierarchy is in business.
1
May 16, 2022, 02:35

@Zettour Yes, they are better at screwing people over, for an elite few "clients." Just like robbers are effective at stealing your stuff for their boss. And tyrants are way more effective at tyranny than silly things like democracy and justice. Large corporations are terribly ineffective in every way other than screwing us over, so clearly people would choose them over all the other better options.

Zettour @[email protected]
@cy I'm in an industry that is a mix of sole proprietors and purely company employees where everyone involved is well paid regardless of setup and I interface with both extensively. If I were to seek service from one of them I would never go with the sole proprietorship because of the lack of quality workmanship, accountability, and general tendency to ignore standards to get to the next commission.

Corporate environments are terrible in a lot of ways, but they're stable and have basic standards that are maintained, otherwise the problems are replaced.

I'm not at all endorsing monopolies or megacorps that eat up everything but corporations as a whole are more of a boon than a burden.
1
May 16, 2022, 05:43

@Zettour I agree too much competition just gets people fighting over stupid things to beat their chest over. We *should* form cooperative organizations like corporations. But corporations also shield their stockholders from legal liability, and often hide their identity, and that just lets people get away with murder, as long as they hire someone else to do it. If corporations didn't put their stockholders above the law, then they might be tolerable.

@sj_zero When you get a job, you aren't selling them my freedom to copy things.

sj_zero @[email protected]
@cy That's true, but there are ways other than laws to remove your ability to copy things -- Foremost among them being not creating things in the first place, but it can also include not making things that were created available to the public, or outside of a strict NDA.

Ideally, copyrights and patents are a trade-off. In exchange for a temporary monopoly, you provide your creative work or invention to the world. In the ideal, it's win/win. The author or inventor gets to make money off of their work selling it in a protected manner, and the world gets use of the work after that period of monopoly has expired. The problems start when the monopolies become effectively unlimited. For copyrights, that means with terms far longer than a human lifetime. For patents, it's playing games patenting things that already exist, or playing games patenting almost the same thing changed just enough that the new patent covers the old invention.
1
May 16, 2022, 01:15

@sj_zero What, are they going to hitch me to their cart and say they won't keep creating if I don't carry them around town? Creators don't stop creating just because I can copy their work. In fact, copyright stops creators from creating, because they're afraid of getting sued for copyright infringement. Copyright is a right granted to the publisher, not the artist, to use the police to suppress competition.

sj_zero @[email protected]
@cy They certainly can stop making their works available to the public. We've had ages where that was the case, or where knowledge was stratified into being part of social classes there was little mobility into.

You might be correct about the right being granted to the publisher. That seems like a good reason to change that, and leave it with the author. Perhaps even make it non-transferrable.
1
May 16, 2022, 01:49

@sj_zero That knowledge was stratified by the warlords, not the artists. You know, the warlords who nowadays claim that they have the copyright and you don't, so cease and desist or they'll destroy you?

I do think that if copyright must exist, it has to be inalienable. But that just exposes how absurd it is for only the copyright holder being allowed to copy.

sj_zero @[email protected]
@cy You sure it wasn't stratified by the guilds and churches that jealously hid their secrets from people who weren't part of the club?

A lot of the 3d printing hobby comes from patents that have expired. There's a lot of other technologies that are instead covered by trade secrets or NDAs and so weren't provided to the public. There's a good example of IP improving the amount of information available to the public and how you could just end up never having that information if you don't have a working IP system.
1
May 16, 2022, 02:51

@sj_zero Those guilds and churches only hid their secrets with the support of the military. And again, they don't deserve copyright, patents, or trade secrets, because it's just anticompetitive bullshit. Yes they'll try to do all that, but making laws to help them do it so effectively that we've regressed into a technological feudalism is not the solution to that!

Releasing work into the public domain would be anti copyright, but using copyright to dictate how your work is used using CC licensing seems pro-copyright to me.
1+
May 16, 2022, 14:28

sj_zero @[email protected]
@Hyolobrika @icedquinn @cy Sure you do. You get the ability to dictate how the final product is used under license. The fact that you're giving up some but not all rights doesn't make that anti-copyright, it means you're getting to choose how your works are used, and how they are not used, and under which circumstances.
1
May 16, 2022, 14:38

sj_zero @[email protected]
@Hyolobrika @icedquinn @cy When you try to follow copyright law correctly and utilize only pd assets, you quickly realize there isn't as much as you'd think.

You also start to realize the evil of the copyright lobby, that through lobbying they've managed to steal all culture going back to the invention of recording devices.

this is the first year ever that some audio recordings naturally entered the public domain, and that's only because of some legislation that forced it.
1
May 16, 2022, 14:28

considerably low temperature quinn @[email protected]
@Hyolobrika @sj_zero @cy creative commons is still copyright yes. anything that is not CC-0 is still benefitting from copyright.
0
May 16, 2022, 14:37

MattZ @[email protected]
Some countries don't have the concept of public domain, and all public domain content would be reverted back to all rights reserved.
1
May 16, 2022, 14:39

sj_zero @[email protected]
@colinsmatt11 @icedquinn @Hyolobrika @cy Is that true?? What happens when a copyrighted work leaves the protection period of copyright?
1
May 16, 2022, 14:40

considerably low temperature quinn @[email protected]
@sj_zero @colinsmatt11 @Hyolobrika @cy its true that some jurisdictions do not allow you to place work in to public domain explicitly.
1
May 16, 2022, 14:41 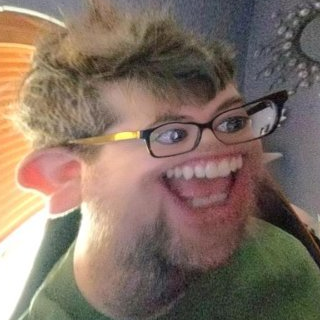 @sj_zero @icedquinn @cy @Hyolobrika
i think it's pretty rare to find someone completely anti-copyright. there is certainly a wide spectrum between "nothing is protected" and "disney owns everything in perpetuity". creative commons is closer to one than other.

@wagesj45 I'd be all for the creative commons, except it's shooting yourself in the foot. It's the equivalent of someone stealing some lady's purse, and you stand there saying "I'll fix this! I valiantly decide not to steal lady's purses, myself." Then you congratulate the robber on the completely acceptable acquisition of their new purse, while trying to fashion your own out of some newspaper you dug out of the garbage.

@icedquinn @sj_zero @Hyolobrika Well I wrote a novel or uh, two. Most creative works aren't independent at all these days though. There's usually a whole team of people working on it. So typically the pro-copyright people never have done independent creative work either.