hmm, can't upload videos, I get 503s even if the size is relatively low, any ideas @angristan? Maybe something is down or running out of space?

is he really out

he seems to be gone from kpop.social too

Quad 🌸   @[email protected]
@espectalll The admin world of mastodon really is pure cancer tbh. It's mostly just butthurt people who want to bulk-block absolutely everything for the smallest offense.

I can't view them as anything other than control freaks who want to micromanage their whole social network experience to fit their wishes.

I'm with Angristan in the fact that I believe the purpose of the fediverse is to give control to users, so they can do what they want.

But good lord there's so many instances out there that just mass block and then users from these instances go around parading that you're a shitty admin because you don't block instances like others did, even though they're not even a member of your instance.

People are free to create whatever instances they want, but you'd be amazed how many instances out there don't even inform users what instances are blocked or why, and how many of them are just admins getting drunk on power.

But really the worst part about being an admin is getting hordes of people who call you a nazi just because you refuse to block <insert any instance that's been politically relevant in the past 30 minutes>.
1+
Jul 11, 2019, 22:27

Quad 🌸   @[email protected]
@espectalll Luckily, when you're a pleroma admin, you often avoid this hell, because admins the instances that foster these kinds of obnoxious users who tell you how to do your job, just tend to auto-block all pleroma instances on sight because they think pleroma automatically means we're nazis lmao
1+
Jul 11, 2019, 22:29 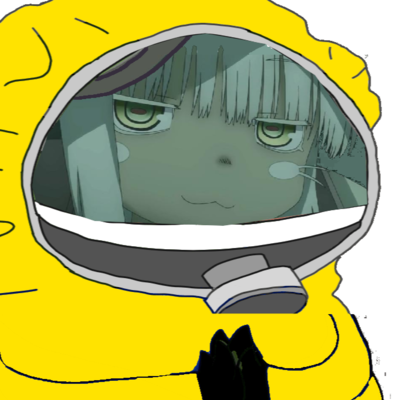 nanachi   @[email protected]
@quad @espectalll just imagine how much good could be done if mastodon was transparent on blocks so much bullshit could be avoided.
1
Jul 11, 2019, 22:31

Quad 🌸   @[email protected]
@jeff @espectalll I think they've been trying to add a page to Mastodon which lists blocked instances for ages now.

I dunno about you, but if you make everything so taboo that just mentioning it is illegal, the whole world would go to shit, that's north korea level stuff.

Regardless people have kept that thing back by complaining about how it "advertises" for the instances they block. I dunno if that's still the case though, I very rarely browse mastodon repos
1+
Jul 11, 2019, 22:48

Banned for being banned   @[email protected]

@quad
I'm lucky to be on an instance that doesn't block instances as a matter of policy. Naturally accusations of supporting Nazis were hurled directly at #Purism.
@espectalll @jeff 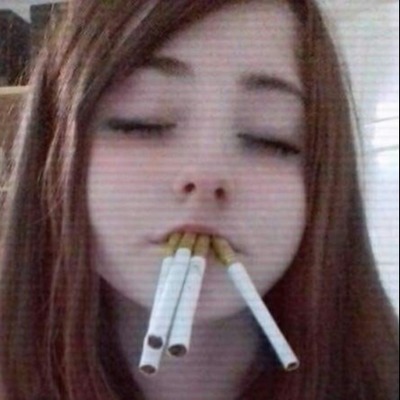 Igeljaeger   @[email protected]
@terryenglish @jeff @espectalll @quad what is this weird antifa tactic that has been spreading among 'liberals' these recent years? Hysterical outcry at allowing 'too much freedom' is so ludicrous to me.
1
Jul 12, 2019, 15:45

@igeljaeger A lot of the antifa stuff is frighteningly similar to the rhetoric as some of those who hold the banner of Islamic Jihad.

Just watch Deeyah Khan's 2015 documentary "Jihad: A Story of Others" and you'll see what I mean.

Quad 🌸   @[email protected]
@djsumdog @terryenglish @jeff @espectalll @igeljaeger I'm not exactly familiar with Jihad. But from what I know about nazis, they seem way too close to that
0
Jul 11, 2019, 23:02

@quad @espectalll @jeff That's hilarious. I didn't find Gab or Freespeechextremist by delving into Mastodon.social seeking out their banned instance list. No one does that. I mean who would even know to look? A programmer with that insight can also duckduckgo 'evil free speech sites full of Hitler' and have a list in five seconds flat.

As one of the most experienced fedi admins (like none of the pre-SPC instances are up anymore. I came like a week later.) I can just give everyone the advice that appeasement doesn't work. If you just take it easy and let shitters block you then you'll live a long and happy fedi life. If you try to accomodate them though then all you get is endless nagging and negativity because "surely he has be secretly a nazi!".
1+
Jul 11, 2019, 22:37

Quad 🌸   @[email protected]
@nepfag @espectalll You'll get way more shit on you for just being a mastodon admin rather than a pleroma one.

I used to get like 5 people a week complaining about my instance when I ran Mastodon, even though I only had 10 users or whatever.

They legit run around complaining about instance admins being bad just for the sake of complaining. And THEY. NEVER. STOP. NEVER.

At least they didn't until I moved to Pleroma, probably because they just block Pleroma on sight rather than trying to shit on the admin
1+
Jul 11, 2019, 22:39

orekix   @[email protected]
@quad @nepfag @espectalll
>they just block Pleroma on sight rather than trying to shit on the admin
the Pleroma privilege
0
Jul 11, 2019, 22:40 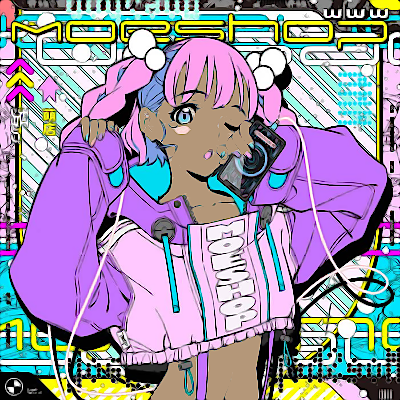 dude   @[email protected]
@xj9 I wish I could get my boy to join but he mainly preferred to chat through fb. Maybe my brother can reach out for me. He makes some killer music https://soundcloud.com/seied
1
Jul 12, 2019, 08:39

dude   @[email protected]
@roka feel free. You can add pretty much any of the artists from the 90's Denver EDM scene as friends and associates of mine. Not exactly a secret 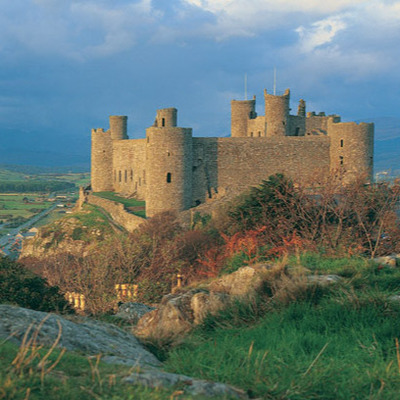 sim   @[email protected]
@dude @xj9 I started to use tumblr for a while, but strangely it felt like I could sink hours into looking up images and it wasn't all that productive. Twitter eventually won my attention back since it didn't last. As we know, fedi won my attention after twitter.
1
Jul 11, 2019, 23:02

it's funny, the way Tumblr bloggers and 4chan bloggers raise scratch is completely different. 4chan scammed fortune 500 companies and shared tools to do it, Tumblr has to hunt down paypigs one by one and suck them dry before moving on to the next one
1+
Jul 11, 2019, 22:57

now that i think of it, most of my time on social media in my teens was spent on darknet image boards. i didn't start using reddit until after i graduated high school and i didn't hang around for very long. i used that one anonymous moose app for a while, but then i was back on darknet image boards and FOSS mailing lists and eventually found fediverse.
1
Jul 11, 2019, 22:59 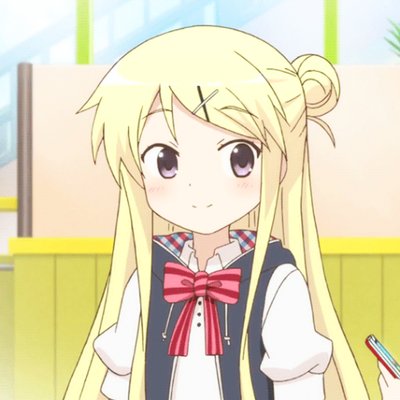 slight detour but i have found it so disgusting watching how SJWs did a better job destroying the American Left from the inside than 100s of years of effort from capitalists, cops, nazis etc combined .
Turns out it's a lot easier to "cancel," blackmail, harass, etc nerdy soyboys who like reading old philosophy and getting high than it is to fight biker gangs & riot cops.
1+
Jul 11, 2019, 23:26

hushpiper   @[email protected]
@static
It says a lot that when gab came, the pleroma side of fedi responded by trolling them, while the mastodon side responded by ripping each other apart. (It also says a lot that this is still a step up from tumblr in that respect.)
@dude @espectalll @nepfag @quad
1
Jul 11, 2019, 23:39

@hushpiper @static @dude @quad @espectalll @[email protected] This thread is a bad look, "SJWs" is a poorly defined boogie man loved as a far-right punching bag. Which "SJWs" are you even referring to? I haven't seen anyone destroying the American Left, other than major parties/companies that feel threatened.

dude   @[email protected]
@unlofl >"SJWs" is a poorly defined boogie man loved as a far-right punching bag. Which "SJWs" are you even referring to?
read the thread, we were specifically talking about the crowd that came here from tumblr @nepfag @espectalll @quad @static @hushpiper
1+
Jul 11, 2019, 23:44

@dude ... my client is fucking with me and not scrolling, oops.

@static Ah, gotcha. I normally only hear it used as a catch-all by "centrists", you know, the right-wing "centrists"

Yeah, "clickbait and drama for social justice" is not praxis

hushpiper   @[email protected]
@unlofl
GG ruined the term SJW tbh, it can't really be used anymore without running into that very issue :/ I don't know of a good term that expresses "radfem, except for social justice", which is a pity bc there are a lot of those.

Regarding the other: it's not exactly hard to find articles bemoaning how callout or cancel culture is pulling us apart, and I remember seeing a lot of commentary discussing how it affected the presidential election. FFS the Russians literally used it as part of their disruption campaign. If you haven't seen any of this then you and I clearly hang out in very different leftist circles.
@espectalll @quad @dude @static
0
Jul 12, 2019, 00:42

@[email protected]
@static @dude @espectalll @nepfag @quad Isn't it a dream scenario though? the right destroyed itself by sheer stupidity in the 80s and 90s with those ridiculous religious scares over pokemon and other silly things.

SJWs destroy the left, and we're finally rid of the crazies on both sides. After authoritarian nightmares on both ends, people will just want a breath of libertarian ideas, and finally everyone will be able to concern themselves with their own business, and not everyone else's.
1
Jul 12, 2019, 04:37 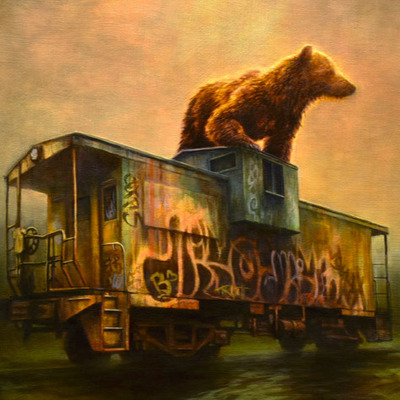 mom's comin round   @[email protected]
@dude or at least brought the curation scene with them if they had to migrate. as it stands now we got the worst elements of tumblr with very little of the best.
@static @espectalll @nepfag @quad
1
Jul 11, 2019, 23:45

mom's comin round   @[email protected]
@dude I just want a scene of wallflowers who post esoteric art & memes and are mostly too shy to do anything beyond reblogging the esoteric art & memes posted by their favorite mutuals
@espectalll @nepfag @quad @static
1
Jul 11, 2019, 23:52

hushpiper   @[email protected]
@dude
The wallflowers running aesthetic blogs are actually pretty great, if it was just that then I'd probably still hang out there, nsfw ban and all. But I'm much less enthused about the mobs and callouts and feeding each other cookies filled with needles.
@depaving @espectalll @nepfag @quad @static
1
Jul 12, 2019, 00:10

mom's comin round   @[email protected]
@hushpiper Same. I still use tumblr but I've curated the fuck out of my follows so The Discourse rarely leaks in. Which means low traffic and not much conversation. Just art & ideas.
@dude
1
Jul 12, 2019, 00:18

hushpiper   @[email protected]
@depaving
I've wanted to bring the curation culture over tbh but lack of reblog-tags + the nature of federation makes it difficult. There's some gorgeous shit over on pawoo that a lot of people just never get to see. I've considered making alts corresponding to different tags, but idk 🤔
@dude
0
Jul 12, 2019, 00:20