It's Going Down (Unofficial)   @[email protected]

Three years later, we remember. "A blanket of fear engulfed me, not knowing if my friend would make it out alive. If antifa had not stood between the clergy + the neo-Nazis, my friends would have either been badly beaten or died. Antifa saved their lives." https://itsgoingdown.org/antifa-saved-their-lives-report-from-clery-at-charlottesville/

kill your heroes. believe in ideas, not in the people who pioneered them. the picture of your hero that you hold in your mind is always more perfect than they were in reality -- and when you attempt to defend them from criticism, because you have built your beliefs on that person, you will inevitably betray some of your own ideals.

It's Going Down (Unofficial)   @[email protected]

First the GOP had Candace Owens testify that white nationalism doesn't exist. Now they're calling on uber-grifter Andy Ngo to report on the horrors of opposing fascism. Maybe next the GOP can get Richard Spencer to speak on Black Lives Matter + Alex Jones on ethics in journalism.

Without an incentive to sell you things, Mastodon allows you to consume content you enjoy uninterrupted. Your feed is chronological, ad-free and non-algorithmic—you decide who you want to see!

If you are out to Film the Police consider filming:

Today in Richmond, from friends and from social media:

Mayor addressed crowd and heard complaints at City Hall at noon. He was talked into joining a protest this evening.

After, the crowd walked from downtown to the Lee statue, the site of last night's cop attack. Police cars escorted them peacefully.

Scattered overheard talk of b**galoo and white supremacist attacks, but they were sorely outnumbered, and no confrontations. No rioting.

At 6pm, a crowd of thousands walked from the Capitol to the Lee statue. Including a few local lawmakers. Posting up there, listening to a few speeches. All was peaceful. Despite pleas, mayor left right before the 24-hour mark of the attack. He's not popular right now.

Crowd of thousands remained at Lee statue for 2 hours -- one hour past curfew -- with some making art, many singing "Lean On Me', and holding ground.

Cops around the monument were peaceful. Riot cops two blocks away, and National Guard about half a mile away.

This is a revolution.

america: why dont they peacefully try to change the system!

also america: 0.5% of complaints to the police result in any disciplinary action

What to (not) bring/wear to a protest

Minnesota Freedom Fund does not have a Venmo. If you see anything about donating to MFF's Venmo, that's fake

MFF is recommending these other crowdfunds, as apparently they're overwhelmed by donations themselves

Unicorn Riot (to be clear, UR is an independent media company, not an NGO)
https://unicornriot.ninja/donate/ 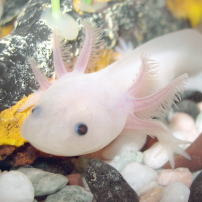 Johannes   @[email protected]
When posting pictures of riots online, make sure to run them through something like ObscuraCam first, to make faces unrecognizable.

As much as the fedi talks about 'burning shit down' there better be no financial issues to the people in Minneapolis who are on the ground putting in the work right now.

If you can't give, boost. Either is cool. Just keep the momentum going.

it is a longstanding English tradition for bee keepers to inform their hives of any going-ons in the community, primarily births, deaths and Marriages.

This is thought to be a remnant from the Bronze age belief that bees could cross back and forth into the underworld and carry messages.

It was said if the bees were not kept informed they would leave, stop producing honey or all die.

If there was a death in the beekeepers family, the hives would be given black drapings for the mourning period.

Pick a power up :

Under the GitHub releases: https://github.com/H-PixelDroid/PixelDroid/releases, and on @IzzyOnDroid's F-Droid repo tomorrow.

* The about page is the Unabomber's manifesto (seriously)
* The only federation policy appears to be an attempt to make it less visible that they federate with gab.com
* Definitely federates with kiwifarms
* The most active user on the public timeline has a username I won't even type out here, that gloms the n-word together with some homophobic dogwhistles.

is of course now blocking them.

And while I still have media on my mind, here's a friendly reminder that if you post images to your timeline, give them descriptions. Blind people like myself really appreciate them. One really awesome thing about the fediverse is that in my experience most people actually do this, which is just amazing.