@parasurv What is this meme? Why am I seeing it suddenly?

@breakfastgolem A couple dared to defend their house from uninvited BLM "protesters". Nothing happened, they just went outside with their guns, while dozens of people basically broke in (honestly they should close the gate next time, Idk what they were thinking). And they were doxxed too. :( 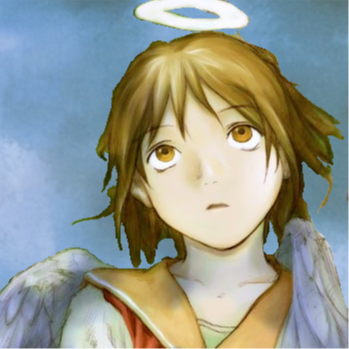 Like they only know him in the context that they've been told to hate him.

Another example of this is Pewdiepie.

Bernie bent the knee to hillary and let his rallies get taken over by BLM speakers. He pretty much politically shot himself in the heart.

and i get a decent amount of quora messages from people saying they were a family of democrats cancelling their registrations because the D party has just gone insane.
0
Jun 29, 2020, 23:01

i just didn't watch him because i didn't enjoy the content. playing jump scares and faking surprise. everybody with more than like, a hundred thousand subscribers is just hamming it up for the camera. i like to stay with the small channels that you can still talk to and are people not brands.

not a fan of professional atheists. him and thunderfoot used to do a lot of religion bashing and it wasn't content i cared about. he seems to have flexed to more serious issues as of late

here is a good video from pewdiepie:
https://invidio.us/watch?v=1n_cPIhag28

He also doesn't kneel to woke people, even after they tried to cancel him a few times (and he lost a contract with Disney). Journalists doesn't have a sense of humor, so they went after him. He has fuck you money, so doesn't care, and just make fun of them, and laughs at them.

Depressingly Sober Quinn 🍻   @[email protected]
@parasurv @breakfastgolem @aven Yeah. Showing no mercy is sadly the way to go. It's bad that we've come to this.
0
Sign in to participate in the conversation